Warning: count(): Parameter must be an array or an object that implements Countable in /webroot/m/i/milkvi/thebasementbeer/www/wp-includes/post-template.php on line 293 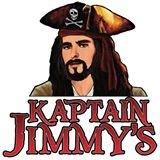 What does this have to do with Opa-Opa’s Red Rock Amber?  Well, it just so happens that the rogue pictured to the left is the namesake of the restaurant where the ale first caught our attention.

Actually, it’s how we’ve been introduced to the majority of Opa-Opa’s brews.  The Kaptain’s (as we call it) is part of the brewery’s restaurant family.

Not to get sidetracked, but we highly recommend a visit to this establishment… especially on a Monday, Tuesday, Wednesday or Saturday if, like us, you enjoy a good meal at a value price.

Anyway, back to matters at hand.  Red Rock Amber seemed the perfect fit for our October Open Tasting.  A more traditional ale that balanced well with the evening’s other offerings.   Also, at a reasonable price per 12 pack, it would help to offset the cost of the slightly pricier micro-brews.

We knew Red Rock was a decent offering from our past experiences at The Kaptain’s.  We knew it wasn’t going to race to the top of our rankings, but it wasn’t a brew that would end up in the basement either.  Still, we wondered, just where would our large panel place this ale on our tasting spectrum?

The entire panel rated appearance positively, noting a reddish-amber hue.  Panelists were disappointed with the lack of head and lacing from the pour.  Still, the strong color seemed to make up for the beer’s other visual limitations.

The panel was pretty consistent in their use of the word apple to describe Red Rock’s smell and taste.  The ale seems to have an almost Saisonish (yeah, I just made that up) smell, with a vinegary tartness coming through in the aroma.

But, let’s face it, you’re not cracking a beer open to sit there and smell it all night. So, what did the panel think about the taste experience of Red Rock?

The flavors noted were brown sugar and apple.  “Sour” and “watery” were both used to describe the apple flavor.  Some panelists thought the taste fell a bit flat.  Even still, taste averaged out at a respectable 22 points of 30.

Aftertaste was deemed to be slightly bitter, with several panelists noting a metallic finish.   Almost all were in agreement that the beer had a strong mouth drying effect.  Averaging close to 15 points, aftertaste wasn’t hurting Red Rock’s chances of scoring within the respectable range.

Drinkability scores were good, with panelists thinking that two Red Rocks would probably be the limit of their drinking experience.  As one panelist put it, this ale seems to be missing the “wow” factor that would send it to another level.

So, is Opa-Opa Red Rock Amber a very good beer?  Why yes, it certainly is.  But, is it a great beer?  Perhaps that question should be saved for your next trip to Kaptain Jimmy’s,  preferably on a Monday or Wednesday night when a burger and Red Rock will cost a mere $5.55.

END_OF_DOCUMENT_TOKEN_TO_BE_REPLACED

When the panel laid eyes on this amber ale, described by Stony Creek as their brewmaster’s “interpretation of a classic apple crumble,” we were intrigued.

I mean, who doesn’t want to combine dessert and beer?!

Immediately upon popping the cap, the aromas of apples and oatmeal with notes of cinnamon and nutmeg make one yearn for a comforting, heart-healthy bowl of Quaker oatmeal.

Understandably, the panel was impressed and rated high both the smell and the appearance — a slightly cloudy, amber/caramel color.

The panel was decisively split on taste. Some felt that the taste was that of a mushy, overripe apple with a slight funk to it. One panelist noted the taste as somewhat medicinal.

But others enjoyed the notes of clove and apple cider in the taste..

Most agreed, however, that the taste was a bit harsh, missing balance. One panelist noted the addition of maple tones might improve this.

Crum’s dry, bitter aftertaste didn’t impress the panel, but its unique character was redeeming enough to earn it a drinkability slightly better than average.

It’s not that Stony Creek Crum is crummy — and yes, that joke was made more than once during the tasting. It’s just that it wows with a beautiful pour and enticing aroma, but follows with a lackluster finish.

But ultimately, we gave Crum a “good” rating just shy of “very good.” So if you yearn for the days of childhood oatmeal in a grow-up alcoholic beverage, give it a try.

Who knows…if you drink enough of it, perhaps you’ll even lower your cholesterol — or at least forget you decided to drink apple oatmeal beer.

END_OF_DOCUMENT_TOKEN_TO_BE_REPLACED

Autumn settles into New England like an old friend who has come to visit. It is familiar and comforting, and though we enjoy its company, we’ve grown accustomed — perhaps even numb  — to the beauty of its face.

But every now and then in our autumn travels, a tree will catch our eye — the sunlight striking it perfectly, setting it afire with color and snapping us to attention.

It may seem a stretch to apply that feeling to the beers of fall, but the landscape is so dotted with offerings, it’s easy to forget what makes them special.

When we discovered an amber ale marketed as “Marzen-style Oktoberfest,” and brewed by Broad Brook Brewing only a couple of towns away from our tasting room, we wondered if this could be one of those eye-catching wonders of the season.

We jumped at the chance to include it in our fall seasonals, and offer you yet another exclusive review.

First thing to note is that Oktoberfest is offered in 16-ounce “tallboy” cans. While some aschew beer in aluminum, most of our panelists are not hung up on packaging…as long as the product is well-produced.

While a can may not be the most graceful packaging choice, the beer inside made up for it. It poured a hazy reddish-caramel color that our panelists very much enjoyed.

Broad Brook’s offering had decent carbonation culminating in a minimal head, but one that clung to life long enough to lace our tasting glasses.

Our panel was also impressed with the nose of the beer, with several of our panelists complimenting its sweet malt character and generous caramel overtones.

One panelist remarked that the beer’s aroma was reminiscent of a caramel apple, while another enjoyed it’s “sugary candy” undertones.

Overall, the panel felt the taste was good, but most said it was a lighter than they expected, and that the sweet caramel aroma they enjoyed in the smell didn’t carry over to the taste.

Aftertaste was average, with most panelists noting a slight bitterness, but one that didn’t linger. One panelist felt Broad Brook’s Oktoberfest surpassed that of Sam Adams Oktoberfest, considered by many New Englanders a bellwether of this seasonal style.

While the panelists were underwhelmed by the lack of caramel in the taste, they felt the light character made it an easy fall drinker. As a result, drinkability was rated fairly high.

Yes, the recipe could benefit from a little more caramel punch in its flavor…but don’t let that be a detractor.

Broad Brook’s offering is definitely an unexpected surprise,  and like sunlight dancing on fall foliage, Oktoberfest caught our eye and reminded us once again of why we love this season.

END_OF_DOCUMENT_TOKEN_TO_BE_REPLACED

And technically, you’re correct.  But the panel couldn’t pass up the opportunity to add a rating to its winter brews, since one enthusiastic panelists noted, “Opa Opa Winter Warmer? I’d bathe in that beer, if I could.”

While most of the panel wasn’t able to go quite that far after tasting, it was agreed that this was a very good winter seasonal.

The appearance was above average, with one panelist noting its attractive reddish color.  It was also noted to be surprisingly carbonated despite coming from an aged 64 oz. growler.

The panelists agreed that caramel and cinnamon are the words best associated with this beer.  Whether it be caramel smell and taste or the cinnamon aftertaste, sweetness can definitely be found within the Winter Warmer.

This may be a turn-on to some and a turn-off to others, but the panel seemed to have similar thinking in their reviews of the taste and aftertaste.  Drinkability remained mostly consistent across the board as no panelist had trouble getting to the bottom of the glass.

It’s a good thing the panel waited until the end of the 2014-2015 season to rate Opa Opa Winter Warmer.  With its sweet taste and easy drinkability, they may have never moved on to taste any other brews.

END_OF_DOCUMENT_TOKEN_TO_BE_REPLACED

Members of the panel had not met for a couple of weeks, so two days prior to the Feb. 13 tasting, a few panelists convened to sharpen their palettes with a selection of three beers. The results were as varied and ranging as the selections themselves.
(Panelists: Mike Festi, Jon Graney, Amy Graney)

Samuel Adams Cherry Chocolate Bock . . . 76 points
With the chocolate beers tasting mere days away, the panel sampled this seasonal bock from Sam Adams. The beer had a pleasing deep red appearance reminiscent of a cherry cola, and had a pleasant scent of cherry, cocoa and vanilla. On taste, the panel found a strong cherry taste and buttery caramel that trailed off a little too early. However, the tasters noted a light chocolate aftertaste and excellent drinkability.
(Appearance 7, Smell 7.67, Taste 22.67, Aftertaste 14.67, Drinkability 23.67)

Back East Ale . . . 59 points
This flagship amber ale from Back East Brewing had notable fruity aroma, with notes of citrus and melon and a hoppy overtone. Despite its hoppiness, the panel found it light and refreshing. But ultimately the panel found the flavor somewhat neutral. The panel was split on drinkability, with some noting a bitter aftertaste while others enjoyed its light body.
(Appearance 6.67, Smell 6.33, Taste 17, Aftertaste 12.33, Drinkability 17)

Long Trail Brush & Barrel Series Imperial Stout . . . 56 points
Crack open this limited imperial stout from Long Trail, and one thing will hit you hard: smoke. The panel admired the extra-dark color and lacy head of this imperial. Aromas of campfire smokiness and earthy vegetation were pronounced, yet dampened by somewhat antiseptic and yeasty notes. On taste, the panel found the smokiness and malt to be a bit overpowering, and not as balanced as expected. The aftertaste was exceptionally dry, and drinkability only average. The panel agreed that while it was a decent offering, it didn’t stand out as an artisan brew.
(Appearance 7, Smell 3.67, Taste 16, Aftertaste 13, Drinkability 16.67)

END_OF_DOCUMENT_TOKEN_TO_BE_REPLACED

What makes our ratings special?

Click here to find out what separates us from other review sites.

Error: (#10) This endpoint requires the 'manage_pages' or 'pages_read_engagement' permission or the 'Page Public Content Access' feature. Refer to https://developers.facebook.com/docs/apps/review/login-permissions#manage-pages and https://developers.facebook.com/docs/apps/review/feature#reference-PAGES_ACCESS for details.
Type: OAuthException
Code: 10
Please refer to our Error Message Reference.